Yesterday we departed Stedman Cove for Cannery Cove. We often run our generator while underway, allowing us to run the water maker, charge up the batteries and do laundry. Today was no different… except that I noticed that the water maker stopped running. When Gwen went back to check, she noticed an acrid electrical smell. I went down to the engine room and saw no smoke, but then I noticed that we had lost one leg of our 240 V AC power from the generator. I quickly shut everything down and went to investigate. I suspected a problem with the main AC circuit breaker from the generator. Sure enough, it was tripped, and the box was hot… and looked like it had melted a bit. We decided to keep moving on to our destination and investigate further once we arrived.

When we got to Cannery Cove, I opened up the breaker box and found that one of the connectors to the breaker had burned right off – see the photo below. The breaker showed clear signs of overheating and the box had indeed melted on that side. Furthermore, the wire insulation (at least) had melted and essentially fused all of the wires together. We are DAMN lucky that we didn’t have an engine room fire. 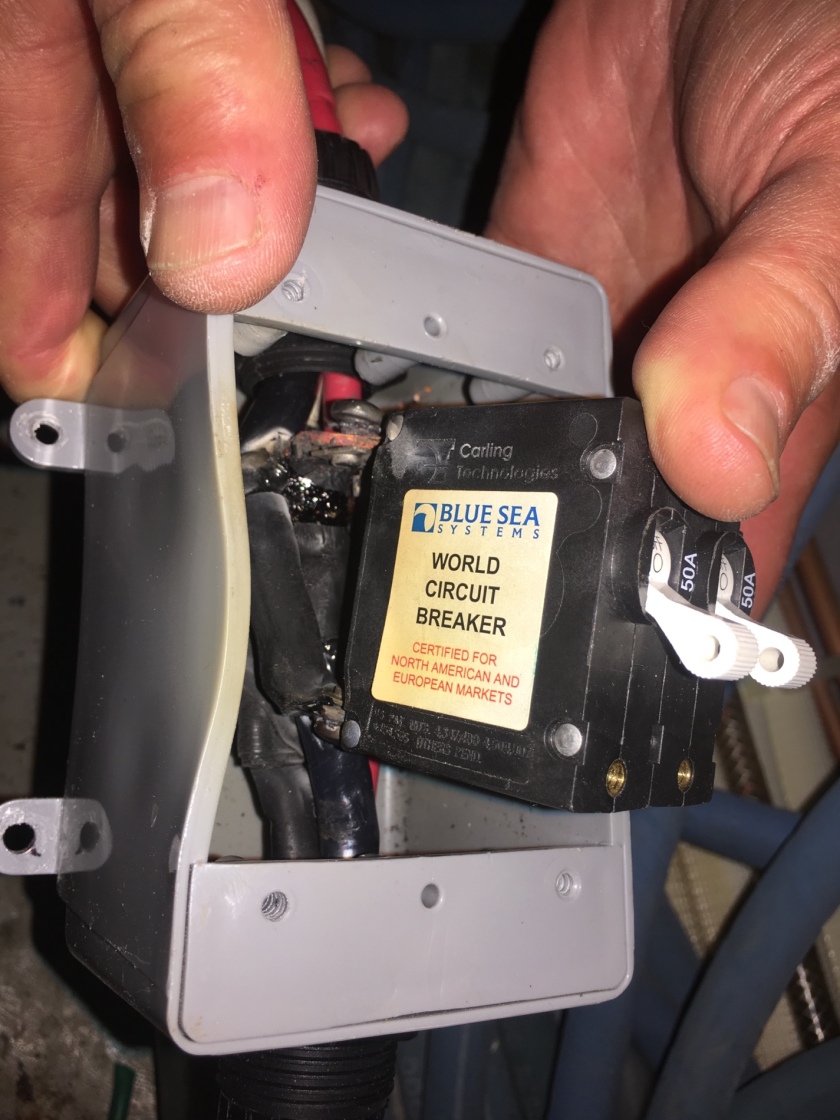 The culprit was quite obviously a loose connection on the post that burned off. You can clearly see in the picture below that the screw holding the connector to the post is loose. Loose connection = high resistance = high temperature = electrical fire.

So, what to do? We are off to Petersburg today to see if we can buy or get shipped in a replacement circuit breaker. I did not have a spare for this breaker, nor do I have the connectors or crimping tool for this heavy gauge AC wiring. Lesson learned, both in terms of spare parts and tools.

Oh, by the way… it is our 29th wedding anniversary today. I did promise Gwen that we would spend it cruising, but forgot to add that the definition of cruising is repairing the boat in exotic locations.

This site uses Akismet to reduce spam. Learn how your comment data is processed.